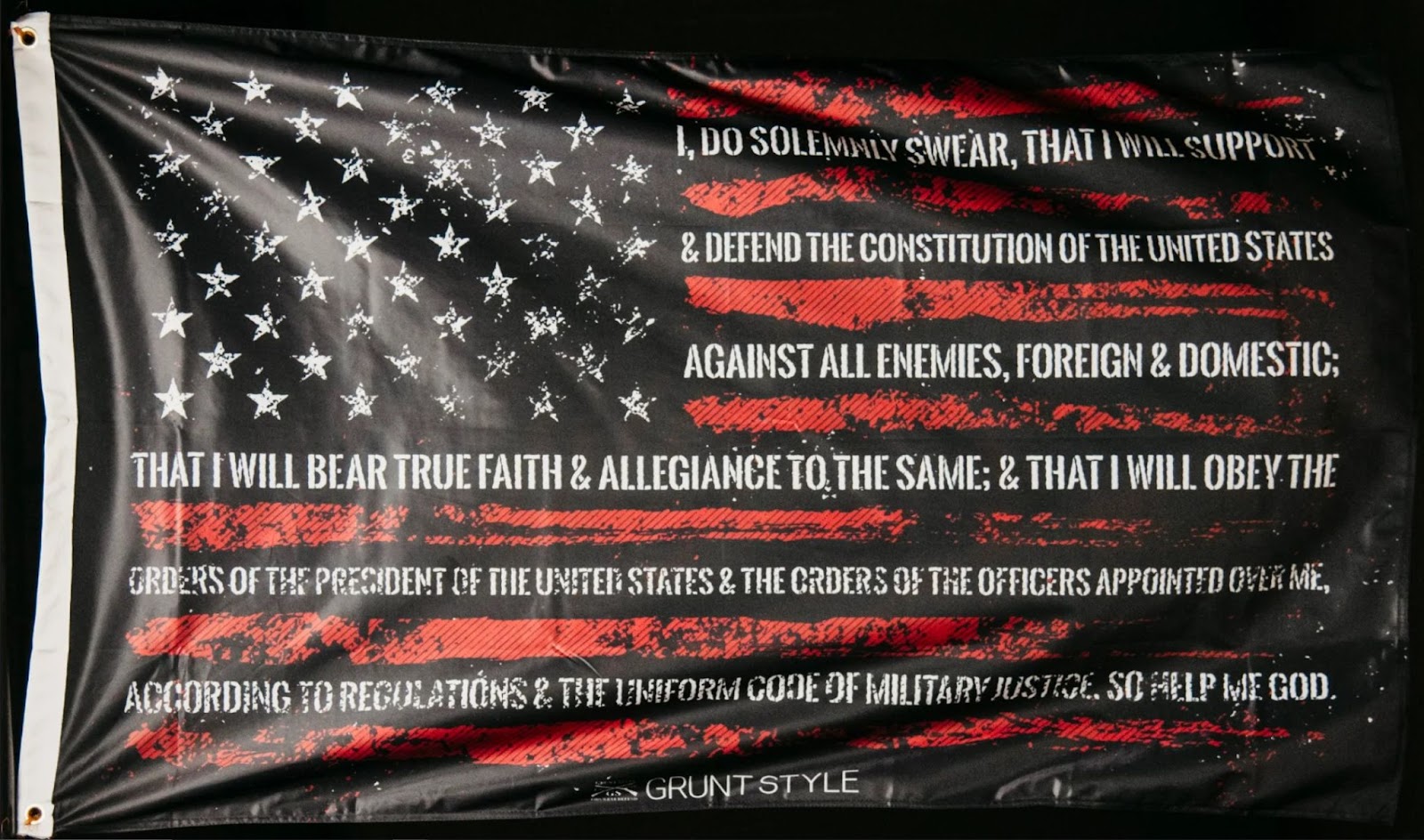 For Small Business Saturday, Check Out These 4 Veteran Apparel Brands

At Troop Industrial, we’re all-in on supporting veteran-owned businesses. Transitioning back into civilian life can be tough. We love a success story about a hard-nosed vet who’s pulled themselves up by the bootstraps and created something meaningful that speaks to their passions and puts food on the table.

This Small Business Saturday (November 27th, people…mark your calendars!), you can show your support as well by decking yourself out with some awesome clothes and footwear from these kick-ass veteran apparel brands.

At ease, Patriots! Guys…you can’t beat a brand that serves you a pop-up like this as soon as you go to their site:

Now that’s how to dole out discounts.

Maybe you’ve seen people sporting T-shirts or zip-up vests with the Grunt Style logo — a completely badass flag with crossed rifles. Their apparel is broken out by the category of public service. You can shop themed collections for active military, veterans, first responders, 2nd amendment rights, fitness, and even some basics like tees and hoodies with nothing but the logo.

An Army vet founded Grunt Style and grew it into an ultra-popular veteran apparel go-to for patriotic folks. After four years as an Army drill sergeant, the CEO knew what it took to lead a company and keep the wheels turning until it exploded into a $100 million dollar brand.

In his own words, his brand is all about delivering attractive and quality products so that you ‘don’t look lame while showing off your pride in the Army, military and in country.’ We’re here for that!

Need biker gear? The buck stops here. This veteran-owned business sells jackets, chaps, boots, patches, helmets, hats, and other cool accessories that will dial up your next ride. Check out the Guardian Bells…seriously. Some of those will be great conversation starters.

Don’t be fooled by the name, ‘cause Combat Flip Flops also makes high-quality shoes, apparel, and accessories. This business was a response to a calling. Their mission statement is awesome:

“Working at Combat Flip Flops isn’t a typical job. There’s no corner office. No water cooler. No break room. It’s more of a calling. A duty. A way of life. We’re creating a new path forward. A way to create jobs, fund women’s education and create change in some of the toughest places on the planet. Change that will last even longer than our shoes, which last a really long time.”

Hell yes, brother. That’s a mission and a business any patriot can get behind. Some of their products are actually made by US-allied war widows in Afghanistan. Some are made by Syrian refugees. The “Peacemaker” jewelry collection is literally crafted from land mines that were dropped in Laos during the Vietnam War.

You can’t get more hands-on with their mission than that. Every purchase will help spread the freedoms and safety we cherish in the states by sending girls in Afghanistan to school or clearing more leftover landmines from warzones.

This hits close to home for us as a Marine-owned business. Noah Currier is a Marine veteran who was fortunate enough to come home from his deployment in the Middle East in one piece. However, he was paralyzed in a car accident after he got back. After hooking up with the Paralyzed Veterans of America, Noah found a new sense of purpose through competitive adaptive sports.

Next, he founded Oscar Mike. This veteran apparel brand — named after the military phrase for being on the move — makes military-themed clothing for men, women, and kids ranging from rugged outerwear to form-fitting yoga gear.

The Oscar Mike Foundation is the charity wing of his company. You can donate during their “Independence Campaign” to contribute to the construction of a new adaptive sports facility! All donations this month are being matched by Vehicles For Veterans. Check this brand out.

There are a ton of other veteran-owned businesses and veteran clothing brands worth supporting out there as well! Shop Vet this Small Business Saturday and show your love for your country while supporting our great country’s active and veteran service men and women with your dollar.