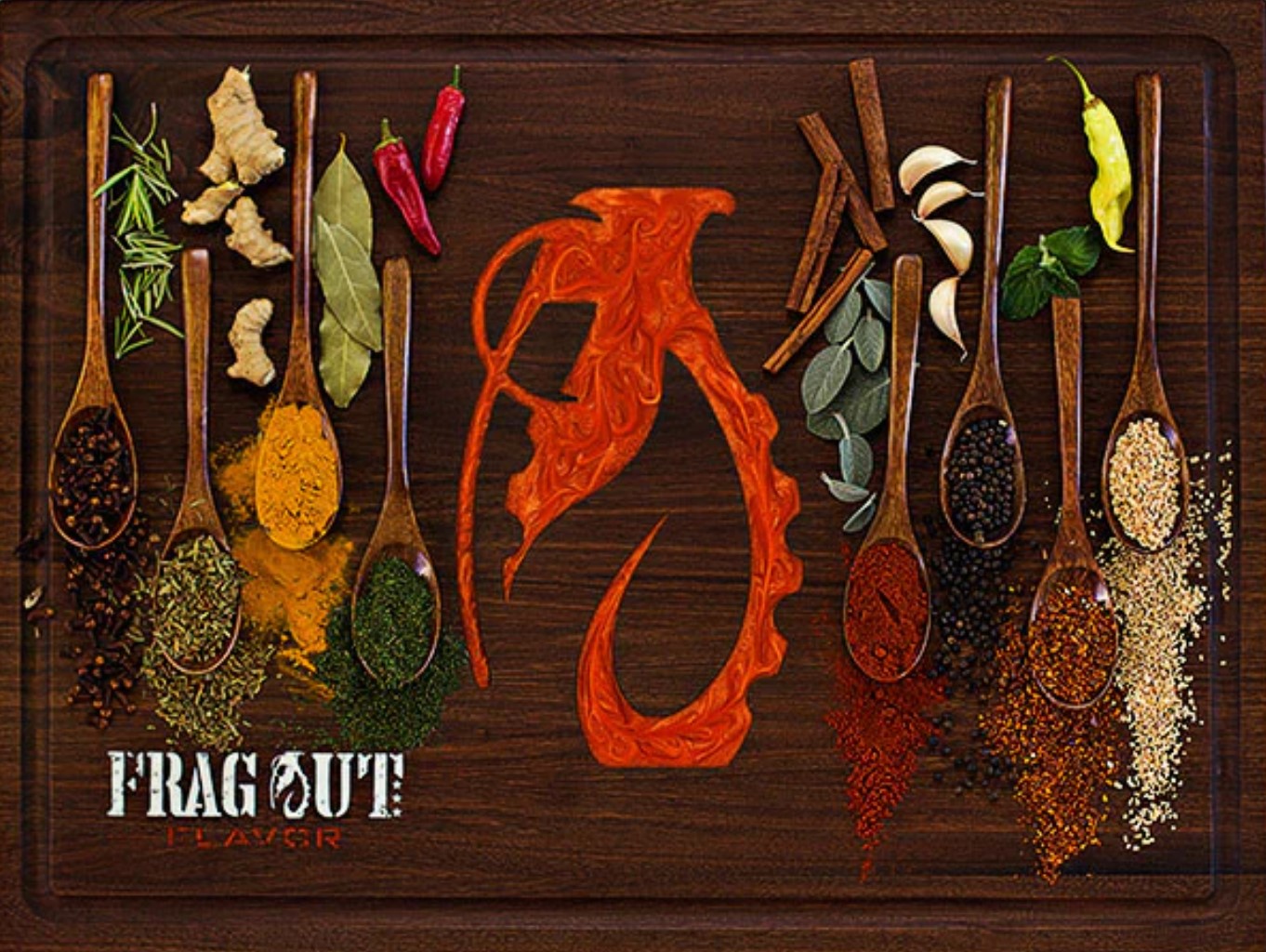 Fire Up the Grill For These Military-Owned Seasoning & Sauce Brands

Veteran-owned businesses are a passion for us at Troop Industrial. We’d like to take a chance this holiday season to celebrate some awesome (and delicious) brands that are owned by veteran entrepreneurs.

It’s never the wrong season to fire up the grill. Adverse conditions can’t stop a military family from braving the weather for some incredible BBQ. Whether you’re a military veteran or just a patriot who supports our troops, these military-owned businesses make the perfect seasonings and sauces to celebrate your freedom with some flavor fireworks.

As they’re saying on the Frag Out Flavor website right now, ‘Tis the Season(ing)! Pick up a “Flavor Liberation Kit” (love that name) and revolutionize your roast beast for the holidays with the fam. You can’t find better quality, flavor, or customer service than this veteran-owned brand for world-class seasonings and barbecue rubs.

Owner Patrick Flynn is a combat veteran who served as a 12B (Combat Engineer) in the Army. He founded Frag Out Flavor in 2017 to pursue a personal passion, and we’re huge fans — but don’t take our word for it. Check out their ridiculous number of 5.0 star reviews.

Charlie “Mutt” Ferrell is a 21-year Vietnam veteran (‘51 to ‘72) and the inventor of an incredible tangy-sweet-spicy sauce recipe that he left with his granddaughter. She’s also a vet (Air Force), and as the founder of “Mutt’s Sauce,” she bottles up and ships her grandfather’s tasty sauce around the world in honor of his legacy.

There are three flavors to pick from, including the original sweet and tangy recipe, a sweet and spicy version that is the same but dials up the heat, and a ghost pepper version that…well…REALLY kicks it up a notch. They’ve actually got a limited edition version going for the holiday season that infuses their sauce with award-winning Rubicon Creek Bourbon Whisky (real alcohol…not for the kids!).

Rumi Spice was co-founded by a pair of U.S. Army veterans who served in Afghanistan, Kimberly Jung and Emily Miller — both graduates of West Point Military Academy. Their company makes authentically sourced spices from Afghanistan. They work directly with Afghan farmers to import high quality saffron into the U.S.

This isn’t the end of the journey for the founders, either. Kimberly is often revisiting Afghanistan to check up on things and learn more about every aspect of the business and spice-making.

We also love to see two army vets who are so inspired and driven to support causes they embrace. Jung is on the board for a non-profit called Bunker Labs that helps veteran entrepreneurs and military spouses to establish and grow successful new U.S. businesses.

Their brand is super new, having started in 2020 in the midst of the pandemic — a tricky time for the economy already. Even so, the married founders succeeded beyond all expectations, and their barbecue rubs and sauces have already placed highly in several local Alaskan BBQ competitions. They've taken home 1st place and “Best Overall” in the 49th Meal Cook-off in the Houston, Alaska area!

If you’re looking for one-of-a-kind flavors and great classic BBQ sauces…look no further! Patriot BBQ has what you need!